Have you heard this story before?

Some many years ago, a tall gentleman clad in a smart black suit boarded a Northwest Airlines flight in the United States of America. Shortly after take off, the gentleman opened his briefcase and showed a bomb to the Flight Attendant. 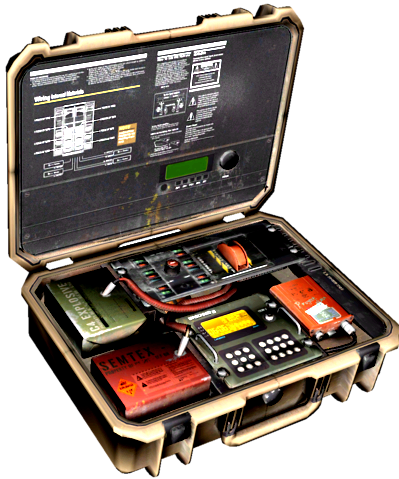 Within just a few minutes, the guy managed to hijack the plane. When they landed in Seattle, he demanded $200 000 in cash, 4 parachutes and ordered all the crew to stay on board as he released all the passengers. After he got all his demands met he ordered the pilots to take off again. Approximately 45 minutes into the flight, he jumped off the airplane with all the money.

Up to date, the guy has never been found.

So many questions, so few answers. But hold on to your thought. Tonight it could be YOU who could crack the case. Let`s talk about it in depth tonight at 20h00 (GMT +2) as we look into all the possible theories concerning this mystery case.

Hit `like` below if you promise you will be there for the discussion.

We hope you had a productive day. Welcome to tonight`s discussion where we dig a little deeper into America`s ONLY unsolved skyjacking case. Are you ready to solve it? Let`s not waste time. We`ve uploaded a quick video for you below which you need to watch and answer the questions that follow.

If you have no capacity to watch the video, maybe due low data or poor network conditions, you will also find a summarized version of the story below.

Summarized Story (If you could not watch the video above)

Up to date, no solid conclusions have been reached regarding Cooper's true identity or whereabouts.

Answer any or all of the questions below if you can. You are welcome to add your questions too!

We are honored to have you in the house, as always 🙂

4)It was definitely fake , if it was real he wouldn't have thought of taking his stuff because a bomb has weight and jumping from 3000m would be risky with a bomb due to pressure

5)Personally I don't know, maybe cooper came back after some few weeks to make sure no traces of remained and when ge foung some he easily hid them underground ?

How do you edit because I just found out how many grammatical mistakes I have made???? I should read before I post next time ?

I know who DB Cooper is.

DB Cooper is Kenneth Christensen. Tinashe you know this too. Remember that guy who was a professional paratrooper after World War II? after he left the military, he worked as a mechanic and a flight purser for Northwest Orient Airlines, the carrier that Cooper chose for his hijack. Rings too may bells for me

How do you edit because I just found out how many grammatical mistakes I have made???? I should read before I post next time ?

Hahaha we didn`t see anything, now that you`ve said it you`re giving us the ideas to start checking?

You can edit your own post though by simply clicking the `edit` link on the bottom of your post. Here is a screenshot.Click on it to zoom:

has just registered!
15 hours ago

has just registered!
15 hours ago

has just registered!
16 hours ago